Causes of Premature Skin Aging and How to Deal with Them

Everyone has had a mini-crisis because of a wrinkle or a seemingly sudden change in one’s hairline at some point in their lives. Treating these symptoms are expensive, as you’re often limited to luxury creams and serums and costly visits to the dermatologist.

Skin aging is a scary reminder of one’s mortality, especially if you haven’t even reached your thirties yet. Know the causes of skin aging and how to deal with them.

Skin aging is split into two types: intrinsic and extrinsic. Intrinsic skin aging, according to a journal article called “Fighting against Skin Aging,” is caused by physiological changes in the body, often triggered by your genes or metabolism like hyperthyroidism. Extrinsic changes, on the other hand, are caused by external factors such as radiation.

As disheartening as it is to say, stress is ingrained in everyone’s life. Even the younger generation is no exception. According to the American Psychological Association’s “Stress In America: Generation Z” report, an overwhelming majority of Gen Zers in the U.S. between ages 18 and 21 (91%) said that they’d experienced at least one emotional or physical symptom (like overeating, lying awake at night, or lack of interest, motivation, and energy) caused by stress. This is more than the adults who said the same thing (74%).

Whether you’re the young individual who is likely stressed about current events like the spiking water rates in Salt Lake City, or the adult who’s concerned about rising health insurance premiums, your body’s probably aging faster than you may think. A study called “Traumatic Stress and Accelerated Cellular Aging: From Epigenetics to Cardiometabolic Disease” says that traumatic stress is linked to accelerated physical aging and even death.

One of the most noticeable symptoms of accelerated aging is the skin. According to a paper called “Skin Aging and Stress,” people who go through constant stress may experience more inflammation and genetic damage that negatively affects the structure of the skin.

Speaking of being stressed out, smoking is one of the common ways people deal with stress. A study, entitled “Psychosocial stress and cigarette smoking persistence, cessation, and relapse over 9–10 years: A prospective study of middle-aged adults in the United States,” found that high levels of stress are linked to a greater likelihood of persistent smoking. The author also found that among the 4,938 adults surveyed about their smoking status and psychological stressors, those who had a relationship or family problems found it harder to beat the habit.

Persistent smoking may also cause your skin to age faster. A popular study regarding this is the “Smoking and Skin Aging in Identical Twins,” published in the Archives of Dermatology in 2007. The authors observed the skin of identical twins who spent 20 years of their life together and had the same type of job in the same area as they grew older. The only difference was that Twin One had a smoking habit of about 52 packs a year. The researchers found that Twin One had a higher degree of skin aging and sun damage than Twin Two.

Exposure to the Sun 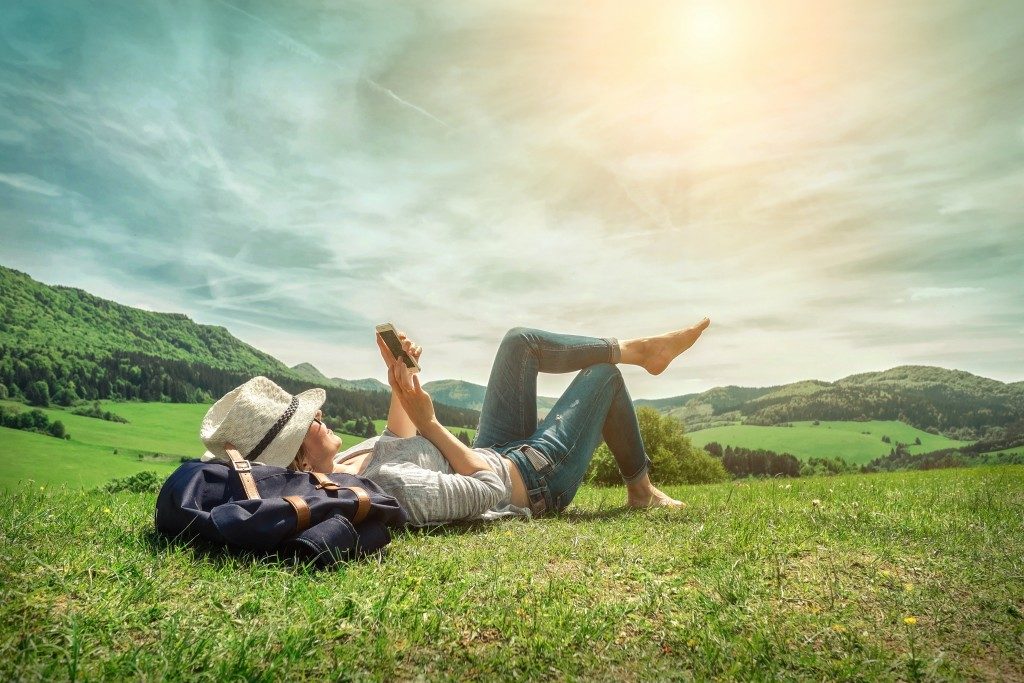 The summer season is just around the corner, so you need to be wary of how much sun you get. Its ultraviolet (UV) rays play a major role in aging our skin, according to Stanford Healthcare. In a fact sheet about the effects of UV exposure, the authors stated that people who are overexposed to the sun might experience lower skin elasticity and wrinkling.

Conclusion: How to Deal with Them

For stress and habitual smoking, it’s best to get help from a licensed therapist or a psychiatrist. They’re well-versed in helping people overcome mental struggles. It also helps to take time off work from time to time to recollect your thoughts and spend time with people you love.

And while exposure to the sun can be prevented by proper application of sunscreen, you may have to have your skin checked by a dermatologist if you see any lesions or bumps forming.

It’s easy to forget that the skin, like our stomach and liver, is an organ we continuously need to take care of. Its problems are often accompanied by other physical and mental issues, too. Maintain your mind and body healthy, and your appearance will follow suit.